As the saying goes, the journey of a thousand miles begin, with a single step. For Asmady Ahmad, his foray into wedding photography in 2004 first began with his EOS 300D, a humble pick by any measure for someone entering the highly competitive industry.

Today, he is a multiple award-winning photographer with one of the highly sought-after wedding photographers in Malaysia. So, the big question is: how did Asmady arrive at where he is today? 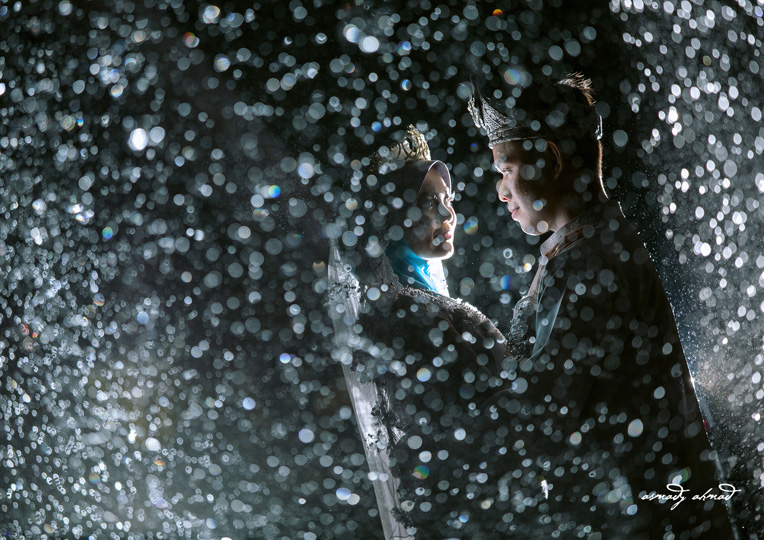 To Asmady, having peace of mind is a thing of great importance as a wedding photographer. Besides his innate optimism and the positive vibes which he generously radiates to everyone around him, Asmady also credits Canon Professional Services (CPS) for easing him into such a mental state-of-mind whenever he embarks on a new photography project.

“The biggest advantage of being a CPS member is the peace of mind it gives me as a photographer.”

For the record, accidents do happen, and let’s just say Asmady is no stranger to some of the unwanted scenarios he’s put his camera into, throughout these years. His first major equipment mishap happened to his EF24-70mm f/2.8L II USM lens. It had dropped to the ground, causing its zoom ring to be stuck in its track. Thankfully, Asmady was already a CPS gold-tier member by then. He swiftly proceeded to do what had to be done—let the technicians have a look at it. Upon inspection at Canon Customer Care Centre, part of his lens would have to be replaced and they’ll have to wait for those very parts to ship in. Fortunately, CPS did have a replacement loan unit available which Asmady could immediately loan, and that was all that’s needed to resolve his equipment crisis! It’s also worth mentioning that his CPS gold membership allowed him to enjoy a 40% discount on services as well as a 10% discount on parts—benefits which saved him quite a sum. Sometimes, accidents don’t just happen once. On a separate occasion, Asmady had lent his EF70-200mm f/2.8L IS II USM lens to his friend. On the morning where the lens was supposed to be returned to Asmady, the lens slipped from his friend’s hand in the midst of packing. His friend frantically informed Asmady of the incident, while Asmady remained calm and instructed him to bring the equipment to Canon Customer Care Centre along with Asmady’s CPS membership particulars. There, his friend was able to send the damaged lens for repair while also securing a replacement loan unit—which he then brought to Asmady who had a shoot the very next day. A day saved and a catastrophe avoided, thanks to CPS!

“If you are already in a position to unlock the benefits of CPS, then you should really do it.”

Although Asmady maintains his photography gear well and keeps them in good condition, he would still periodically send his equipment in for service—especially after outdoor shoots that could’ve exposed his camera sensor to dust and dirt. As a gold-tier CPS member, he is entitled to 3 times/year free sensor cleaning services where the technicians would also look out for faults and other issues which Asmady might have missed. This is a good way of prolonging equipment lifespan while providing owners with lesser worry. Asmady, a multiple award winner of Canon’s PhotoMarathon contest, also conducts masterclasses across Malaysia where he shares insights and impart best practices to professional photographers alike. To say that it’s easy to feel relaxed in Asmady’s presence, would be an understatement—because it comes naturally to everyone who’s hung out with him. On top of his jovial, friendly demeanour, he also exudes a kind of smile that surfaces when one is truly at peace with himself and everything else. And perhaps that ‘peace of mind’ which Asmady often speaks about, is the relaxant that helps him generate breathtaking photography.

Are you a photographer? Give yourself peace of mind when you become a CPS member!

Check your eligibility or become a CPS Member for free today. Asmady Ahmad
Back to top

Provide your booking code and email address you used for the registration, we will re-send the confirmation email to you.